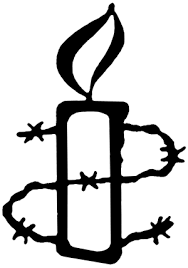 BANGLADESHI SENTENCED TO DEATH IN BAHRAIN
A 26-year-old Bangladeshi man, Russell Mezan, was sentenced to death by the High Criminal Court of Bahrain on 23 March after being convicted of murdering a Kuwaiti man. Russell Mezan’s lawyer says he has appealed against the sentence.

BANGLADESHI SENTENCED TO DEATH IN BAHRAIN
A 26-year-old Bangladeshi man, Russell Mezan, was sentenced to death by the High Criminal Court of Bahrain on 23 March after being convicted of murdering a Kuwaiti man. Russell Mezan’s lawyer says he has appealed against the sentence.
According to press reports from Bahrain, Russell Mezan was sentenced to death on 23 March by the High Criminal Court of Bahrain after he was convicted of murdering a Kuwaiti man in a hotel in Manama on 7 March 2009. Russell Mezan is alleged to have offered sexual services as an exchange for money to his victim on several occasions before and on the night of the murder. The press reports say that Russell Mezan has confessed to the murder.
Russell Mezan’s lawyer has confirmed to Amnesty International on 25 March that he lodged an appeal against the sentence on the same day the sentence was issued, as Russell Mezan says that he and the Kuwaiti man were drunk and that he did not intend to kill him. The case will now be heard before the Supreme Appeal Court in the next few weeks. If the appeal fails and the death sentence is then ratified by the King, Russell Mezan will face execution. Executions are usually carried out by firing squad.
The death penalty is rarely used in Bahrain. In the last five years, around six people have been sentenced to death Most of those sentenced to death in recent years have been foreign migrant workers, mostly from developing countries. Migrant workers make up a large proportion of Bahrain’s workforce. In December 2006, three Bangladeshi nationals were executed, the first people to be put to death in Bahrain since 1996.
In December 2008, the Bahraini government abstained in the vote for a UN General Assembly resolution calling for moratorium on executions. The resolution was passed by a vote of 106 in favour to 46 against, with 34 abstentions.
PLEASE WRITE IMMEDIATELY in English, Arabic or your own language:
 Expressing concern about the death sentence imposed on Russell Mezan, while making it clear that you recognize the seriousness of the crime of which he has been convicted.
 Acknowledging that the government has the right and responsibility to bring to justice those responsible for criminal offences, but expressing unconditional opposition to the death penalty as it is the ultimate cruel, inhumane and degrading punishment.
 Urging that the death sentence on Russell Mezan should be commuted by the King if it is confirmed by the appeal court.