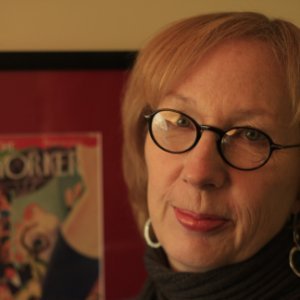 Annie Game is the Executive Director of IFEX, a global network of over 119 media and civil liberties organizations that defends and promotes freedom of expression as a fundamental human right. IFEX exposes threats to online free expression, focuses on bringing to justice those who harm or kill journalists, and advocates for the rights of media workers, women and LGTB journalists, citizen journalists, and activists. For over 10 years Annie has supported IFEX’s efforts to free imprisoned journalists, defend online activists targeted by repressive regimes, provide tools for organizing successful campaigns advocating for free expression, and expose legislation aimed at quelling free speech. Annie has been activist throughout her career in the NGO sector, focusing on free expression, development, and human rights with groups such as IFEX, War Child, Jeunesse Canada Monde, and Save the Children – Canada, as well as in cooperation with many international NGOs in Asia, Africa, Latin America, Europe and North America. 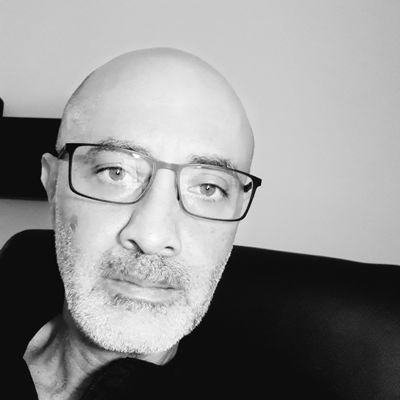 Fadi Al-Qadi is a human rights, civil society and media expert. He worked and served with several international human rights and humanitarian organizations including Human Rights Watch, which he headed its communication and advocacy work throughout the MENA region and acted as its Spokesman between late 2004 and end of 2007; 2010 and finally between 2014-2015. He also served with International Center for Transitional Justice and Medecins Sans Frontieres among other groups. In late 90’s Al-Qadi managed media development programs in Jordan, the West Bank and Gaza and Egypt. Currently Al-Qadi provides independent human rights expertise and is an established commentator on Middle East political and rights affairs. He publishes frequently in pan Arab newspapers and online news websites and appears on regular basis on Arab regional TV networks. 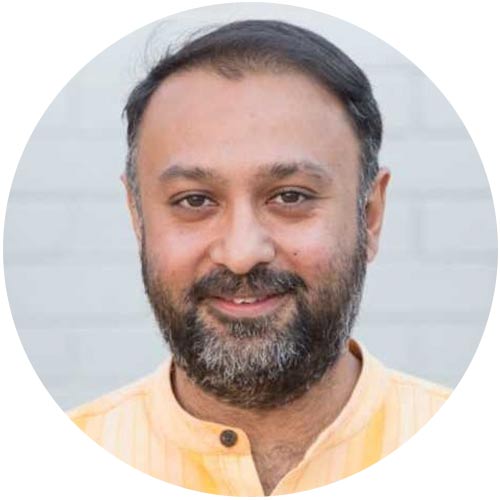 Mandeep Tiwana is the chief programs officer at CIVICUS, the global civil society alliance. He specializes in legislation relating to the core civil society freedoms of expression, association and peaceful assembly. Since joining CIVICUS in 2008, Mandeep has been engaged in advocacy to protect and expand civil society space globally. He has written extensively on this subject. Previously, Mandeep advised the New Delhi Delegation of the International Committee of the Red Cross. He has also worked with the Commonwealth Human Rights Initiative, and has published a compilation of landmark Indian Supreme Court decisions and National Human Rights Commission guidelines on human rights and policing and has co-authored modules on human rights for the Commonwealth Parliamentary Association and a citizen’s handbook explaining the mandate and practical functioning of human rights commissions in India. Mandeep has also drafted two annual reports for the Punjab State Human Rights Commission and has worked on projects related to good governance and women’s empowerment in India. He holds an LL.M in Law in Development from Warwick University, U.K. and completed his LL.B and B.A degrees at Panjab University, India. 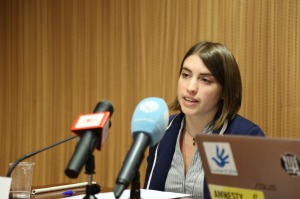 Ariel Plotkin is a Human Rights Researcher and Activist, Senior Policy and Campaigns Advisor in “Freedom from Torture” and formerly the Bahrain Researcher at Amnesty International. She has been working in roles related to human rights in the Middle East for 6 years, focusing on Bahrain for over 4 of them. During her time at Amnesty International, Ariel authored two hard-hitting reports on Bahrain’s dire human rights situation, bringing much needed media attention to the country, and advocated tirelessly for the release of human rights defenders, including Nabeel Rajab, and other prisoners of conscience as well as for accountability for past abuses. 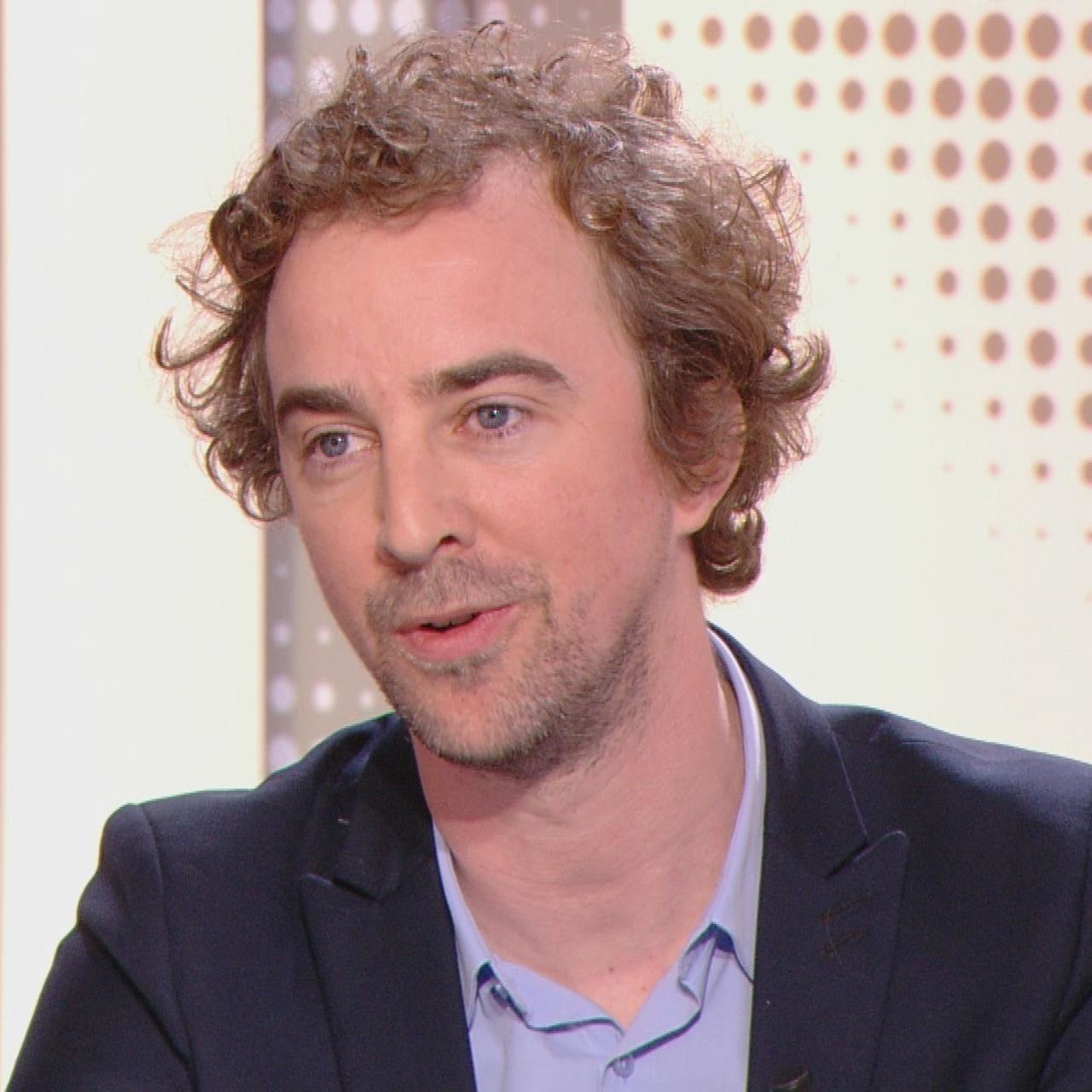 Antoine Madelin is the Director for international advocacy of the International Federation for Human Rights (FIDH), a human rights NGO representing 182 human rights organizations in 114 countries. A graduate in Human Rights and in European Political Studies, Antoine Madelin first worked for the French Prime Minister’s office and with the Secretary of State for European Affairs. He then joined the International Federation for Human Rights, where he has been working for the past 16 years, acting successively as Permanent Representative to the United Nations in Geneva, and subsequently as Permanent representative to the European Union in Brussels. He now coordinates FIDH’s advocacy work to the United Nations in Geneva and New York, and to the European Union institutions, and towards other leverages of change. He also works to define the orientations and positions of his organization on the contemporary challenges of human rights violations, as well as the development and financing of his organization. 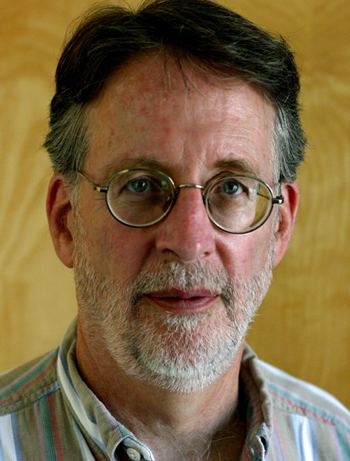 Joe Stork is a general expert on human rights issues in the Middle East and North Africa  (MENA) region who was deputy director of Human Rights Watch’s MENA division until 2017. Before joining Human Rights Watch in 1996, Stork co-founded the Middle East Research & Information Project (MERIP) and served as chief editor of Middle East Report, its bimonthly magazine. Author of numerous books and widely published articles on the Middle East, he has lectured widely at universities and public forums around the world. Stork served as a Peace Corps volunteer in Turkey and holds an M.A. in International Affairs/Middle East Studies from Columbia University. He is a member of the Advisory Boards of the Gulf Centre for Human Rights (GCHR) and the Bahrain Center for Human Rights (BCHR).

Maytham Al Salman is the founding member and current coordinator of the Middle East and North Africa Civil Society Coalition to Counter Incitement to Hatred; a multi-stakeholder platform, established in April 2015, that is dedicated to ending incitement to violence, hostility, and discrimination. The Coalition monitors, analyses and reports on incitement speech across the region, and promotes interventions to counter such incitement. Maytham is the director of Bahrain Inter-Faith, a non-profit organization seeking to prevent religious and social discrimination and sectarianism, and working to encourage and support interfaith dialogue.

Maytham serves on a committee of the United Nations Office on Genocide Prevention and the Responsibility to Protect, advising the Office on the role of religious leaders in preventing incitement that could lead to atrocity crimes. He is also an expert associated with Columbia University Global Freedom of Expression, an initiative established by Columbia University President and first amendment scholar Lee Bollinger, to explore, and promote global norms on the protection of freedom of expression.

Above all, Maytham is an advocate for equal rights, tolerance and the end of discrimination, including in his own country of Bahrain. In 2011, in punishment for his advocacy, he was arrested, detained for several months and was tortured as were a number of other human rights defenders, some of whom are still in prison.